Okay, I know you’ve all been anxiously awaiting pictures of the grandkids, so here they are (plus one of Craig and Annie):

You’d be smiling like this if you were waiting for the car to take you to the airport for a kid-free week in Paris. 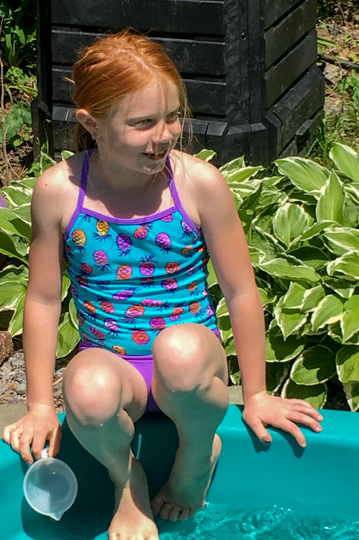 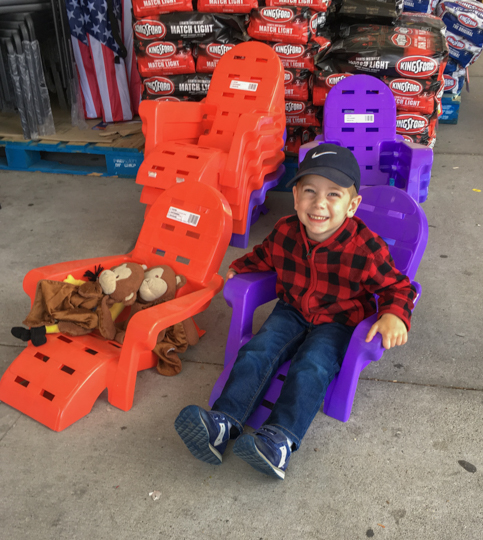 Henry checking out the chairs at Stop and Shop. 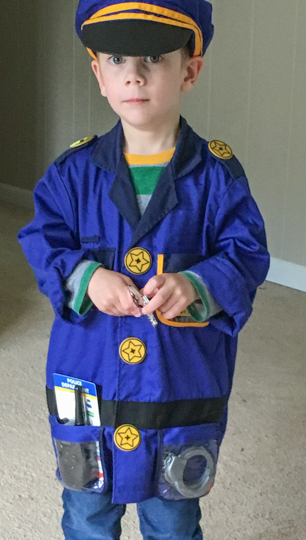 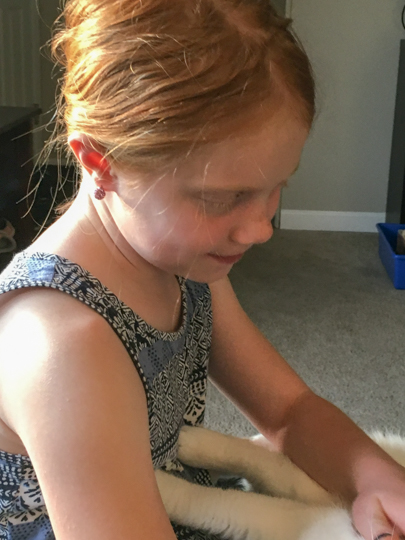 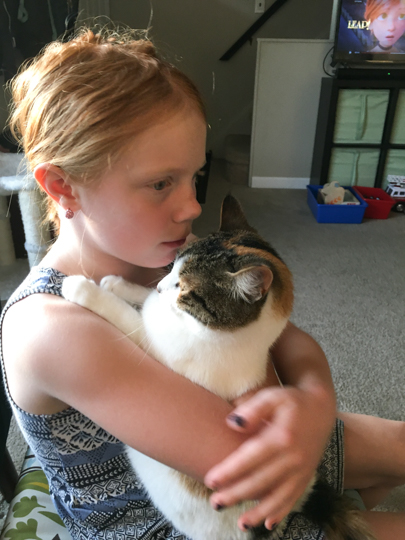 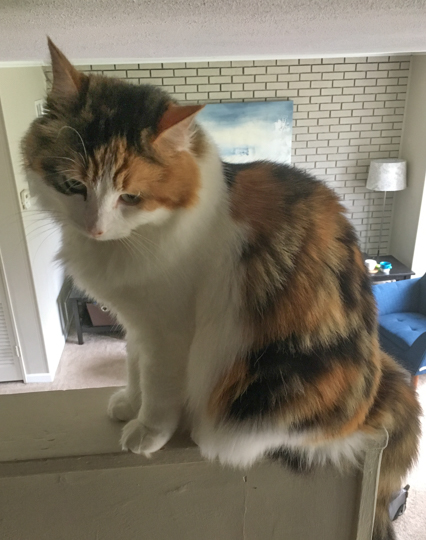 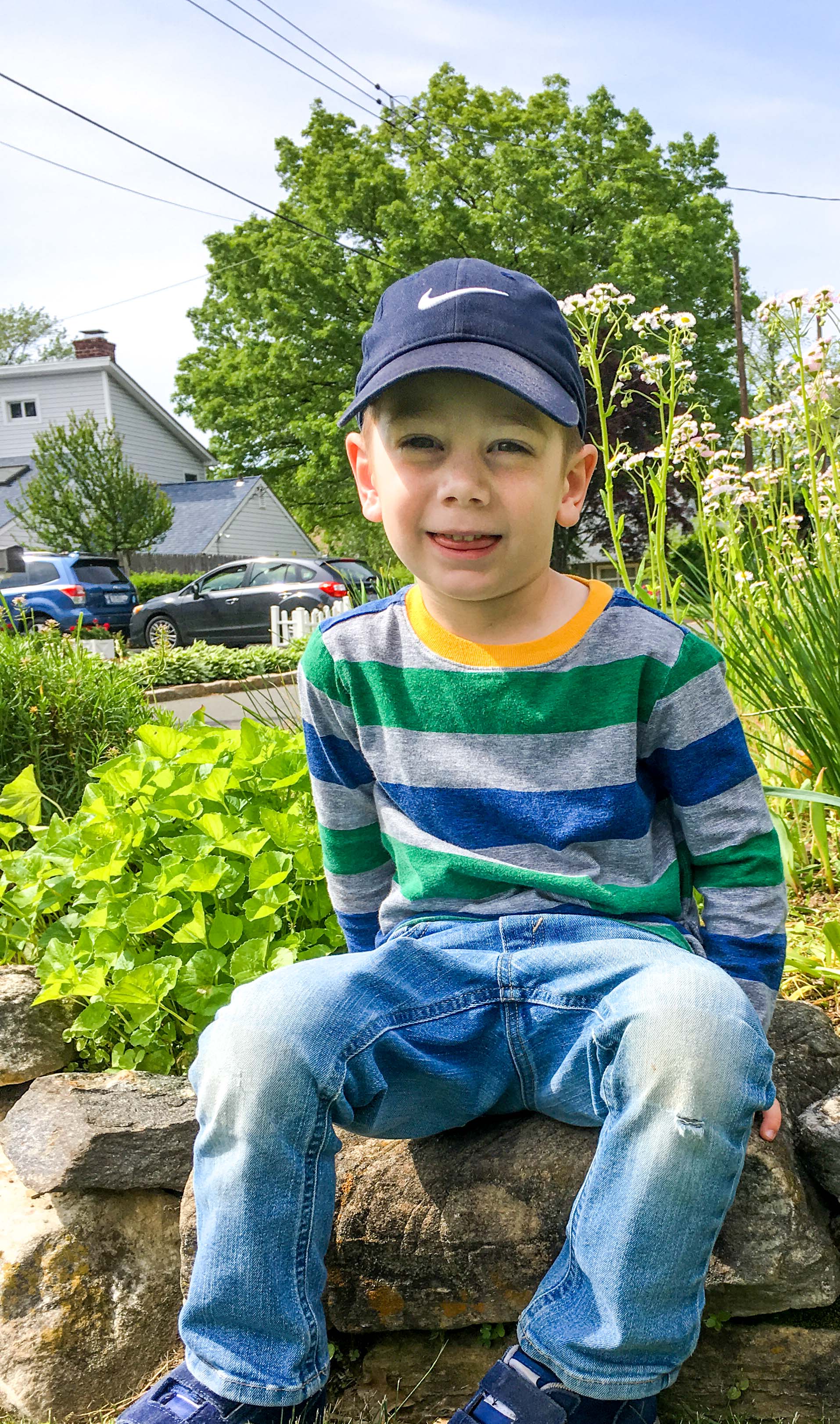 Henry in the garden.

Phew! Craig and Annie returned a couple nights ago and we’re now officially guests and not grandkid-sitters. We actually can sleep past 6 a.m.! A few words about our stint as grandkid sitters: “Holy cow, it’s hard!” Both kids would wake  up about 6 a.m. and need some breakfast. Clara then would get ready for the school bus, which arrives about 7:45. We’d then take Henry to three hours of daycare about an hour later. Pick him up at noon, then have a “quiet time” (also known as a nap; Henry refuses to take a nap but seemed fine with having quiet time with us and then sleeping for an hour. Semantics are important!) Clara returned about 3:15. If the weather was good, they’d play outside with friends. If the weather was bad – and it was bad much of the week – we’d all stay inside.

Henry is quite vocal (that might be the understatement of the year) and has bunch of funny sayings. “Oh, I did not know that,” “I almost forgot,” “Not right now,” (whenever he doesn’t want to do something that we want him to do). So we definitely had some laughs.

Clara has been taking gymnastics classes and it shows: she can hardly walk ten feet without doing a cartwheel or somersault or flip. She has a balance beam (that sits on the ground) and a horizontal bar outside and she can do all sorts of amazing things on them. It’s really fun to watch her do her thing.

Overall, it was fine, excepting that Grandma and Granddad are not used to being “on-call” 24/7.  Clara was just great helping us, particularly when we didn’t understand what Henry was asking for (which frustrated him and us). The kids were over-the-top happy to see Craig and Annie when they returned, and we were pretty happy too. But, you know what? We’d do it again in a minute. Although mentally draining, we had a ton of good times and fun with Clara and Henry.

This entry was posted in Clara, Clara and Henry, New York. Bookmark the permalink.