For our next ramble we could hardly have chosen a place more different than the forests and coastline of Northern California. Joseph, population about 800, sits in northeastern Oregon, 10 minutes from the thriving town of Enterprise (population: 2,000; also the home of Terminal Gravity Brewing, an excellent brewer of craft beers). Although Joseph has gained a reputation as an artists’ colony and has several art fairs through the year, there isn’t much here really.

Both Joseph and Enterprise, though, sit in a beautiful corner of Oregon. The Wallowa Mountains border the south and west, the east has Hell’s Canyon, and to the north, the Zumwalt Prairie. In a March visit to nearby Baker City, a resident there had told us we have to see Zumwalt Prairie and, after seeing it, we understand why he told us that.

Zumwalt Prairie – named after the now-long-gone town of Zumwalt, which was named after the also-now-long-gone resident Henry Zumwalt – consists of 37,000 acres of prairie land owned by the Nature Conservancy. Some of that land was donated to the Conservancy, some purchased by the organization. It is one of just a few areas that has Northwest Prairie grass in its original state. Although the prairie has fences and a few cows, and at least one barn, it is largely pristine. And it is beautiful.

In fact, there isn’t much to see at Zumwalt Prairie, in the usual tourist sense of “see,” that is, looking at interesting things. There are a few buildings, some fences, some cattle wandering around and not much else. There are also miles and miles of beautiful land covered by that prairie grass, and we found the prairie as beautiful as the Redwoods, in a completely different way.

Now, given that there are only 800 people living in Joseph, one cannot expect a wide range of places to stay. There are a couple of motels that looked just fine, but we settled on a place with character and lots of it. This was one of those times where you hold your breath when you open the room door for the first time, but this time it worked out fine. It was, indeed, full of character – “rustic” might be the word. But it was fun and funky and the owner, Scott, was a character himself. 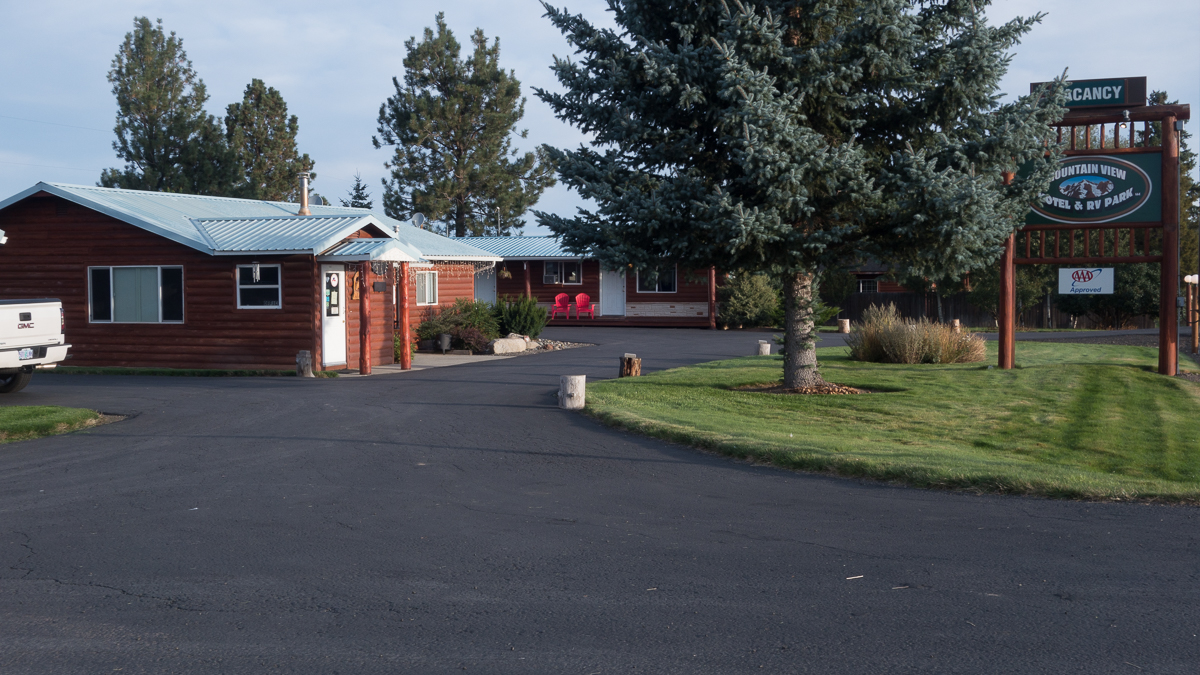 The Mountain View RV Park and Motel. What could be better? 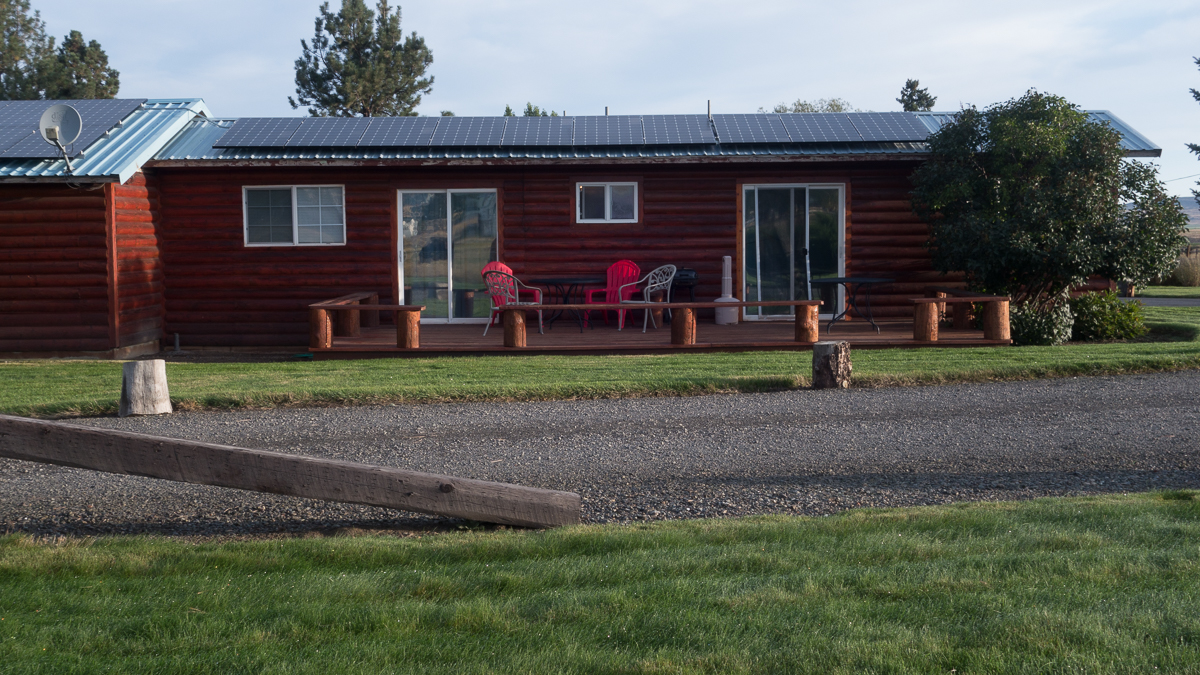 Our luxurious room (on the right side). Marv and Becky were right next door and we shared a deck, so that was the site for morning coffee and evening cocktails. From here we had a view of the Wallowa Mountains to the south.

This is one of just a few structures on the Zumwalt Prairie. At the Duckett Barn is a small display set up by the Nature Conservancy, with information about the preserve. We also had a personal interest in seeing the barn: we were with our Portland friends Marv and Becky and Becky’s family is friends with the descendants of the Ducketts who built this barn. 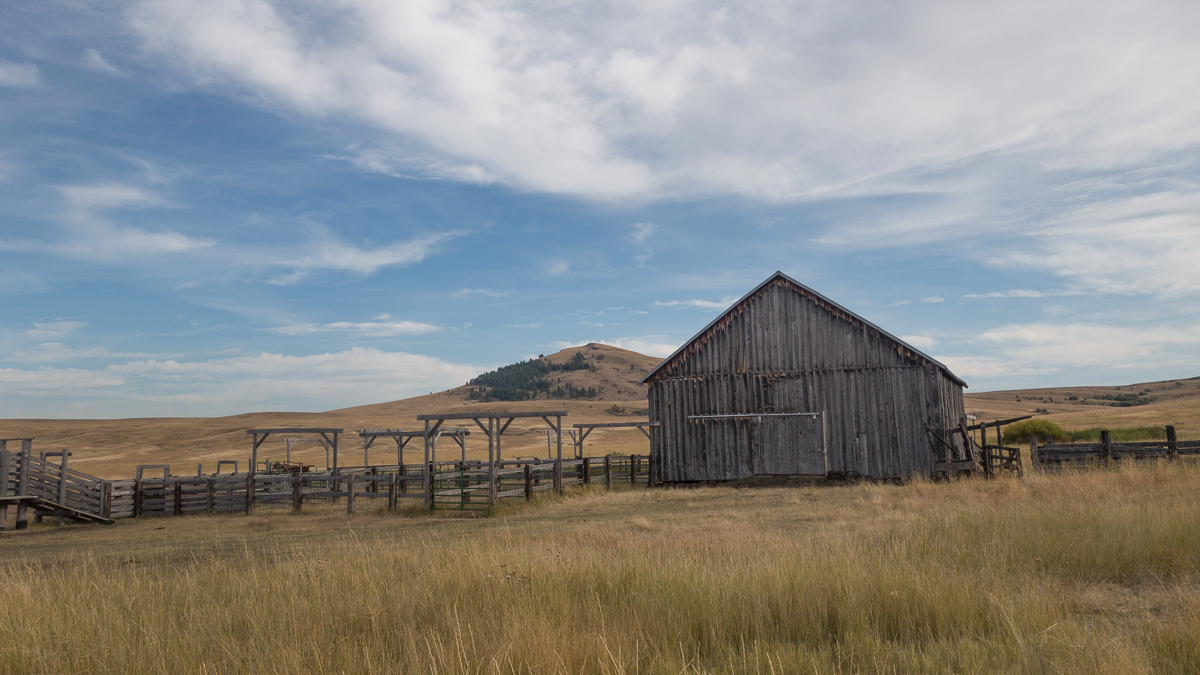 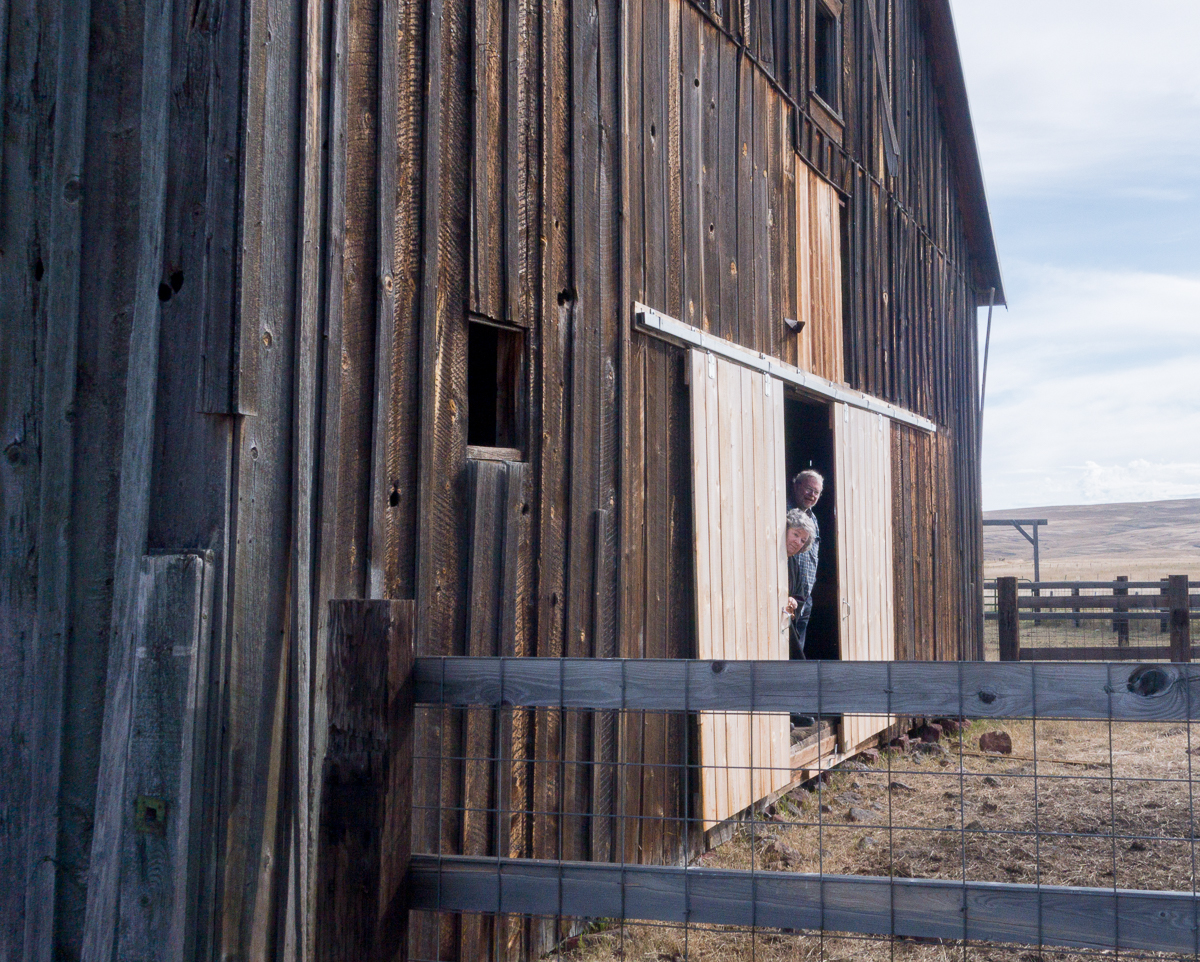 Marv and Becky looking out the door of the Duckett barn. We suspect the corrals and cattle loading ramps are still used, as there are a few cattle grazing in the area.

These were taken from near the Duckett barn. You can see that, except for the fences, there are no signs that people have ever been here. It was, as you can imagine, as quiet as can be – only the sound of the wind stirring the grass. 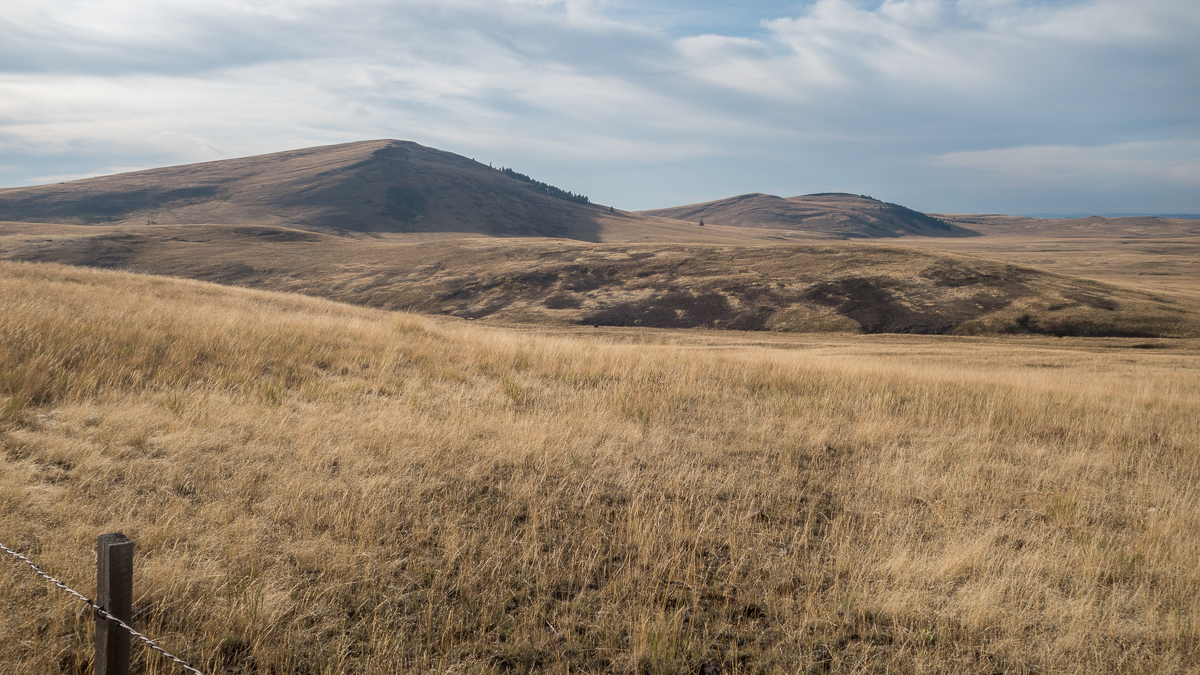 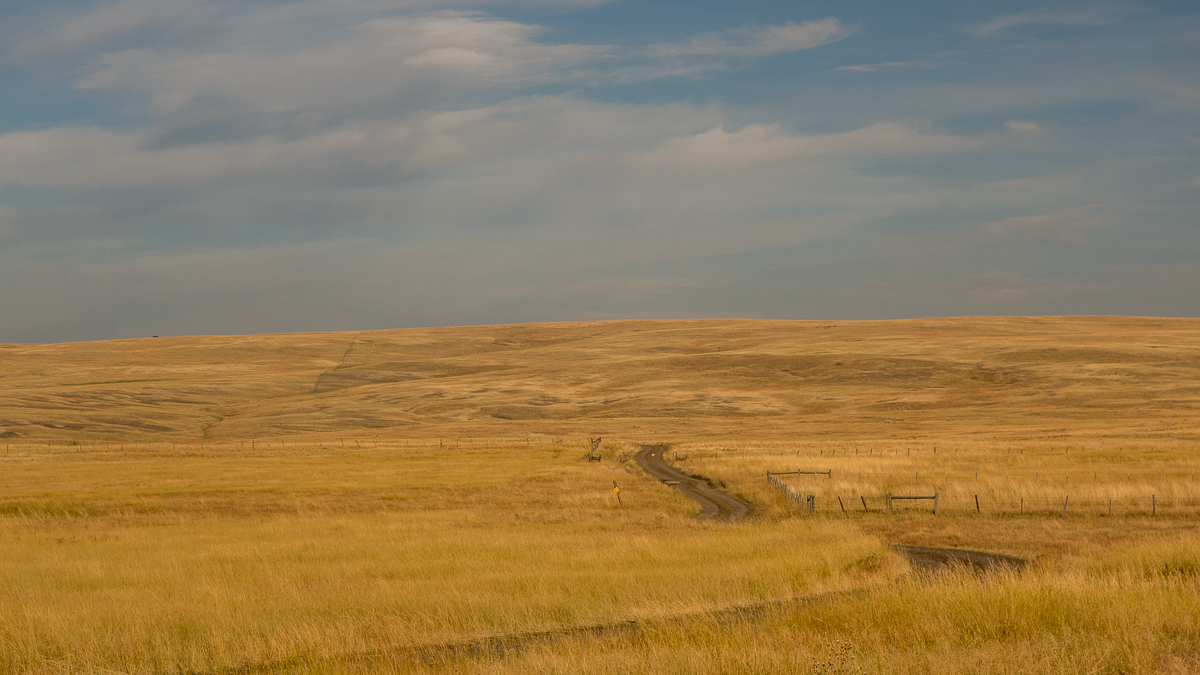 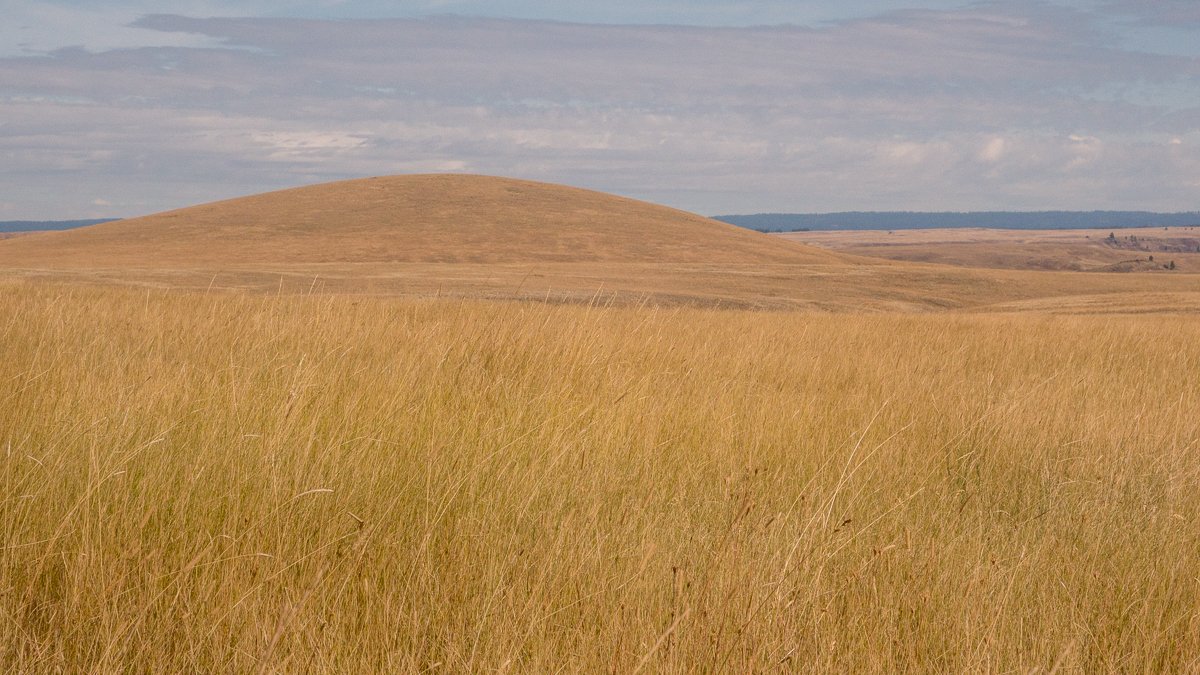 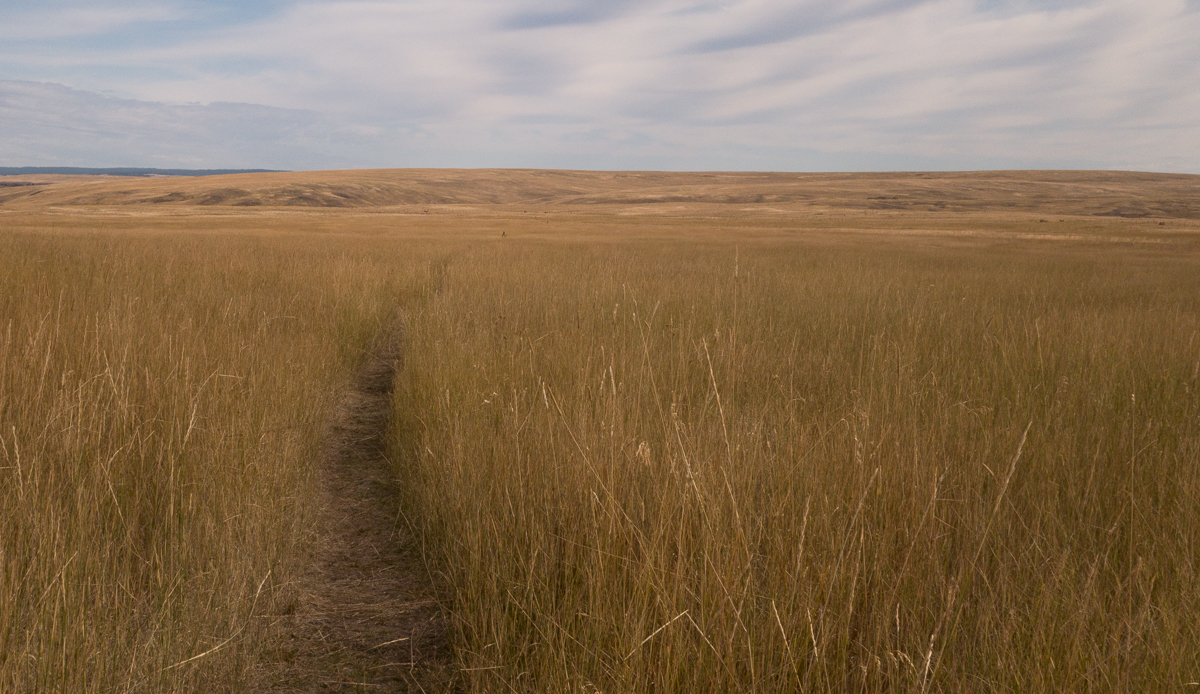 After spending time around Duckett barn, we drove down a rather rough road to reach Hell’s Canyon. Here’s the road, with Hell’s Canyon in the distance. 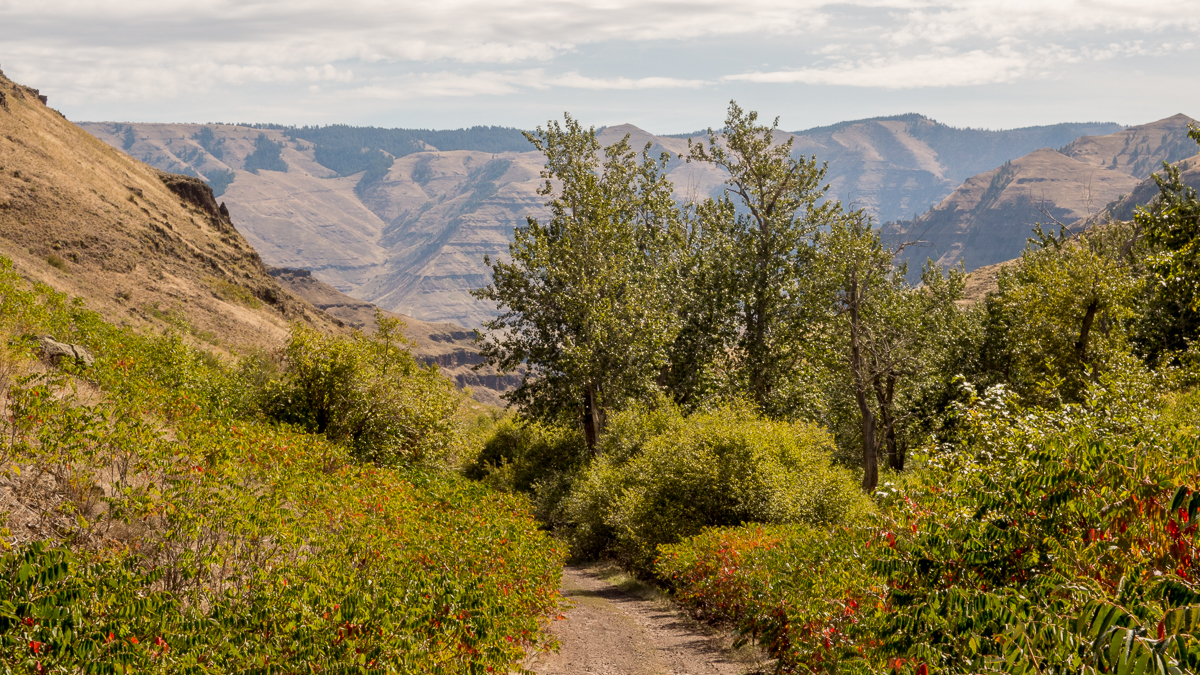 Not exactly a great road! In the distance are the mountains that form the east side of Hell’s Canyon. At this point, Hell’s canyon is almost 8,500 feet deep – deeper than the Grand Canyon by a fair amount.

The second day in Joseph we decided that what we wanted to do most that day was go back to Zumwalt Prairie. This time Laurie and I walked up a trail to get a panoramic view. It was amazing. 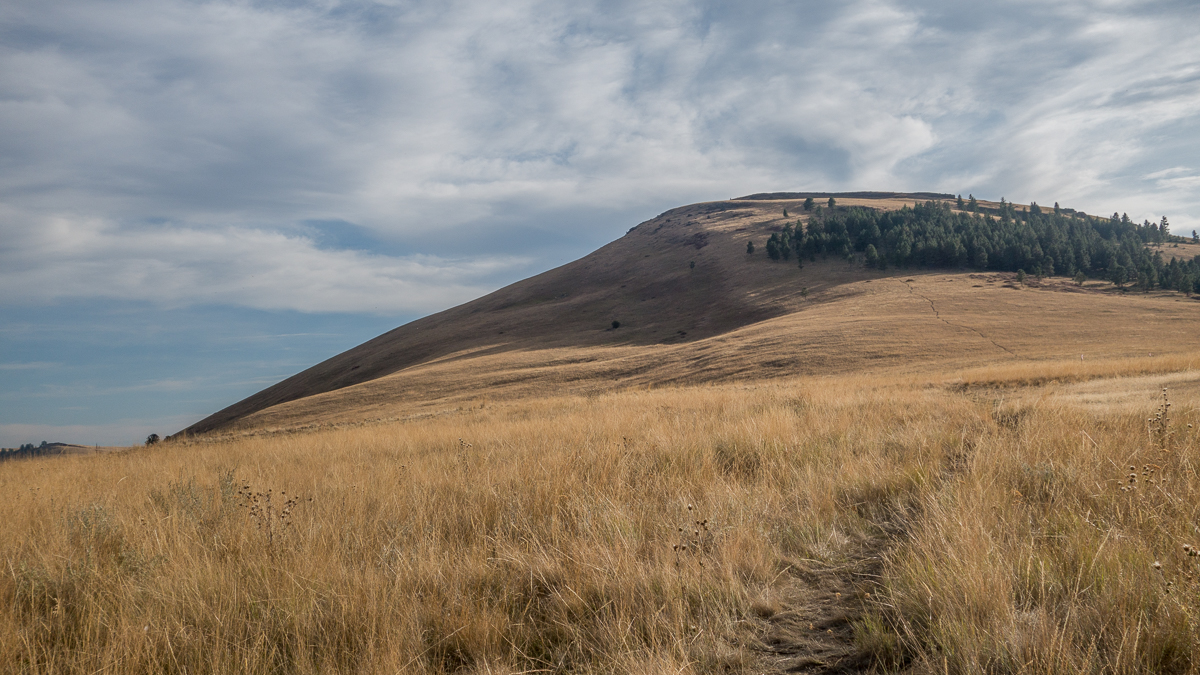 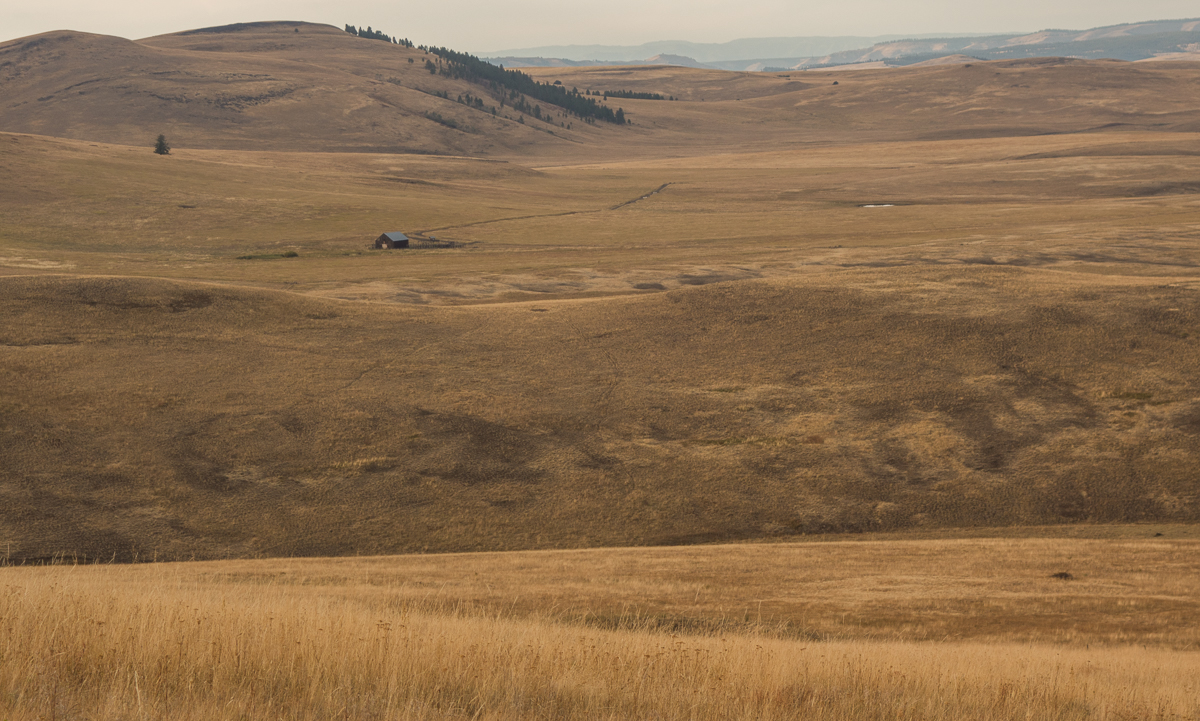 The view. From halfway up the hill, Laurie and I could see the Duckett barn off a ways.

Honestly, I don’t know how to describe or account for how we feel about this area. It is a completely different beauty than we saw in the Redwoods, but we love it every bit as much. There is something special about the isolation and lack of human intervention in this land, about the miles and miles of prairie grass pretty much undisturbed by us people. We are looking forward to returning to northeastern Oregon and I suspect we’ll do a lot of what we did this trip: sit and absorb the beauty and quiet of Zumwalt Prairie.

This entry was posted in Rambles. Bookmark the permalink.